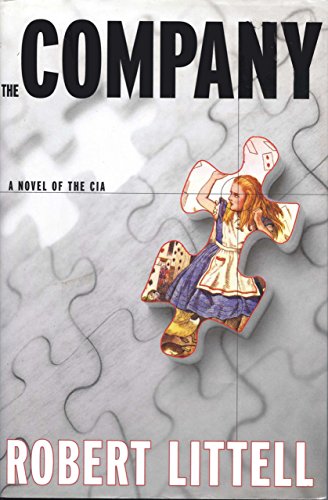 THE COMPANY: A Novel of the CIA

This impressive doorstopper of a book is like a family historical saga, except that the family is the American intelligence community. It has all the appropriate characters and tracks them over 40 years: a rogue uncle, the Sorcerer, a heavy-drinking chief of the Berlin office in the early Cold War days; a dashing hero, Jack McAuliffe, who ages gracefully and never loses his edge; a dastardly turncoat, who for the sake of the reader will not be identified here, but who dies nobly; a dark genius, the real-life James Jesus Angleton, who after the disclosure that an old buddy, British spy Kim Philby, had been a Russian agent all along, became a model of paranoia; a Russian exchange student who starts out with our heroes at Yale but then works for "the other side"; and endless assorted ladyfolk, wives, girlfriends and gutsy daughters—who are not portrayed with anything like the gritty relish of the men. Littell, an old hand at the genre (he wrote the classic ) keeps it all moving well, and there are convincing set pieces: the fall of Budapest, the Bay of Pigs invasion in Cuba and an eerily prescient episode in Afghanistan, in which a character obviously modeled on Osama bin Laden appears, accompanied by a sidekick whose duty is to slay him instantly if his capture by the West seems imminent. It's gung-ho, hard-drinking, table-turning fun, even if a little old-fashioned now that we have so many other problems to worry about than the Russians—but it brings back vividly a time when they seemed a real threat. There are some breathtaking real-life moments with the Kennedy brothers, and with a bumbling Reagan, and with Vladimir Putin, now the leader of Russia, who is here given a background that is shady.

: The Defection of A.J. Lewinter