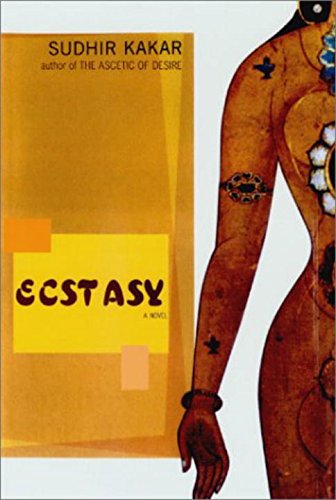 Set in 20th-century India, yet based on the historical narratives of 19th-century mystics, this intriguing bildungsroman is a free-floating excursion into the psychological paradoxes of the pursuit of nirvana. As Gopal, a young Brahmin and aspiring sadhu (monk), grows up in a 1930s village, his feminine appearance and strong attachment to his mother indicate his ambiguous sexuality. Signs of his saintliness are evident from the beginning as well, and his ascension to the position of Paramahamsa Ram Das Baba is heavily foreshadowed. Jumping ahead several decades, we meet Vivek, a worldly, well-educated student wrestler who visits Ram Das Baba on a whim and is shocked by the warmth and intensity of his welcome. After making it clear that Vivek, too, shows signs of a spiritual calling—including a keen disinterest in women—the narrative returns to Gopal's youth and recalls his captivating ascent to sainthood. Central to this transformation are talking bronze idols, tantalizing visions of the sex act, possession by female goddesses and six-week meditation fasts. As in , Kakar's fascinating novel that doubled as an essay on sex, the author's greatest strengths lie in his ability to portray the emotional conflicts resulting from physical experiences. Simple daily events and godly revelations are narrated in the same gentle, vivid prose. Although Kakar's sympathies and well-honed talent are generously devoted to the exploration of his characters' mystic experiences, his clear awareness of their interpretation in Western culture can border on irony. At times, his half-grounded, half-fantastic narration causes his characters to seem naïve and misguided. Whether this is part of the tangled web Kakar weaves or simply an unfortunate consequence of his attempt to combine story and philosophy remains open to interpretation, like much of this lusciously imagined novel.