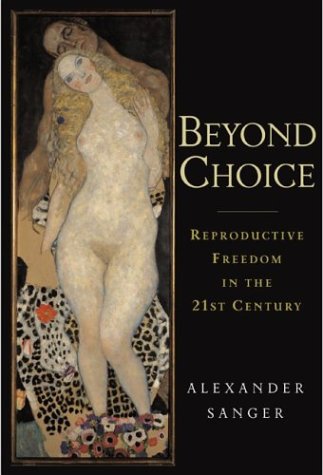 BEYOND CHOICE: Reproductive Freedom in the 21st Century

Sanger, grandson of reproductive rights activist Margaret Sanger, is dismayed by the abortion debate's current stalemate, and in this pro-choice manifesto he asserts that pro-choice supporters face a difficult task if they want to persuade pro-life advocates to listen. He recalls being on a talk show where audience members were polled about their views before he spoke and then again after he finished. Although Sanger thought he made provocative and persuasive arguments, not one audience member was swayed. This indicates a larger problem, and Sanger posits that such ineffectiveness will harm the pro-choice camp in the future, as state legislatures enact pro-life legislation and more young people join the pro-life movement. After explaining why current methods aren't working, Sanger opines on righting the pro-choice movement's maladies. He suggests discussions that could change how those outside the pro-life camp view the issue. Including men in the conversation about reproductive rights would be a major step toward positive change, Sanger notes, and one that isn't currently being taken. And, he notes, pro-choice advocates should take more time to understand the moral ground taken by pro-lifers and realize it's crucial to shape a conversation about the morality and immorality of reproductive freedoms. Compellingly, Sanger touches on why unfettered choice is not morally defensible, and how reproductive technology may change the debate. Holding leadership positions at Planned Parenthood of New York City and the International Planned Parenthood Council gave Sanger much experience articulating the nuances of the pro-choice position to detractors. With this much-needed volume, perhaps now those within his movement can listen, too.