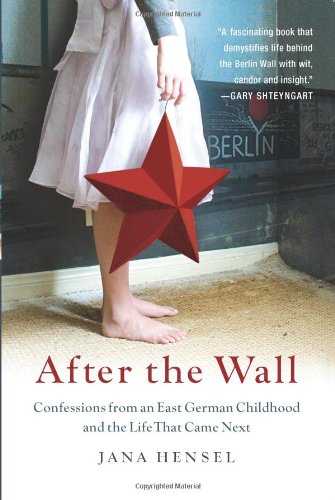 AFTER THE WALL: Confessions from an East German Childhood and the Life That Came Next

Hensel was born in Leipzig, East Germany, in 1976 and was 13 when the Berlin Wall fell. This intriguing but frustrating memoir, a bestseller in Germany, portrays the disorientation of her generation, whose upbringing under communism ended abruptly with the integration of East and West Germany. Hensel rambles through a wide range of subjects: the erasure of memory; East German youth's alienation from their Western peers; her ambivalence about her childhood; their inability to adjust to the new world, which resulted in a role reversal in which Hensel had to "interpret" Western customs for her parents; and her generation's compulsion to disguise themselves as Western, changing their clothes and even their accents. But the disappearance of the artifacts of her childhood and the lack of value attributed by her Western friends to her memories leave Hensel at a loss. According to Clarke's note at the book's end, this was the first title to expose the experience of Hensel's generation. Although the memoir clearly struck a chord in Germany, it is so blurred by the "twilight zone" of Hensel's existence, "in which daily life seems arbitrary, provisional, and somewhat unreal," that Clarke's thoughts more clearly reveal East German history and Hensel's generation than the author does herself.