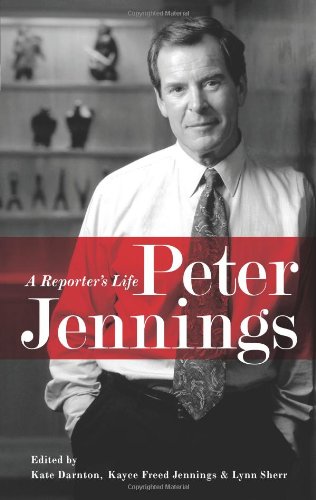 The bulk of the interviews in this oral history—co-edited by Sherr, his colleague at ABC News, freelance book editor Darnton, and Jennings's widow—were conducted in the days immediately following the anchorman's death from lung cancer in August 2005. Friends and fellow reporters retrace every step of his career, starting with his first jobs in Canadian radio to his coverage of major events like the 9/11 attacks. When he was just 26, he was hired by ABC to anchor the evening news, a job he himself would later admit he was “simply unqualified” for at the time. So he demanded to be sent out into the field as a foreign correspondent, building up his experience until he became what Ted Koppel calls “a complete package” as a journalist: smart, attractive and graceful under pressure. The tone of the interviews is predictably positive: even the criticism that he allowed ABC's ratings to slip by refusing to devote more airtime to O.J. Simpson's murder trial is immediately followed by praise for his expanded coverage of the Bosnian genocide. Sections on his personal life along with testimonials from statesmen like Bill Clinton and Colin Powell flesh out the portrait, reminding readers of the commanding presence Jennings held over broadcast journalism.