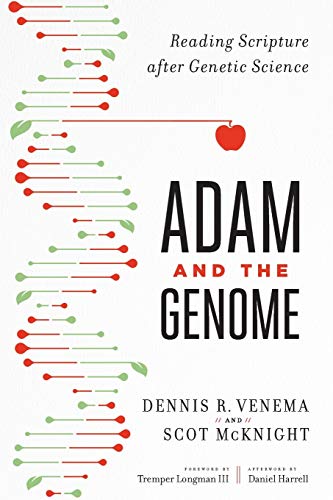 Adam and the Genome

Two prominent evangelical Christian thinkers join together here to weigh in on the oft-debated subject of science and the Bible, focusing specifically on the concept of a historical Adam and Eve as laid out in the creation narrative found in Genesis. First, Venema, a professor of biology at a Christian university, explicates the scientific work supporting evolution, providing clear, compelling explanations of genomes, human population bottlenecks, and intelligent design that are respectful to Christian objections but still consonant with scientific theory. Next, McKnight, a professor and theologian, lays out a framework for reading and believing the Adam and Eve story in the Bible given what we know about evolution. The work is more like two books than one, and would have been improved by increased responsiveness and engagement between the coauthors and their respective areas of expertise. Still, both sections admirably balance the overviews needed for the layperson with the complex ideas and critical depth the topic deserves, and they will be a breath of fresh air for Christian readers seeking devout yet intellectual approaches to this contentious topic. (Feb.)

This review has been corrected; an earlier version referred to Scot McKnight as a pastor rather than a professor.