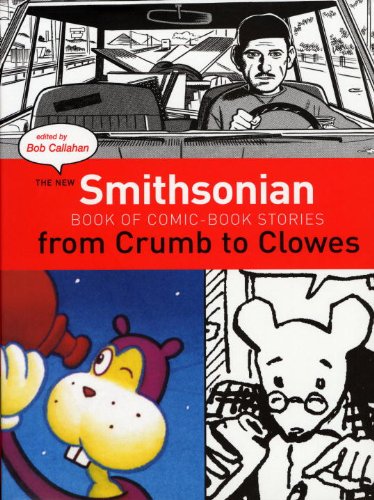 The New Smithsonian Book of Comic-Book stories: From Crumb to Clowes

The first was and remains an invaluable resource for comics readers, collecting excellent and rare works with precision and wit. This new volume is neither precise nor witty, and actually performs a disservice to comics readers and historians. Under the aegis of collecting both mainstream and "alternative" comics from the mid-1960s to the present, Callahan has included such artists as Ben Katchor, Frank Miller, Joe Kubert and Chris Ware. With a book like this, insiders will inevitably make "how come so-and-so wasn't included" arguments. In this case, though, absences and inclusions will cause readers to question the core value of this volume. Callahan purports to cover the scope of comics from the last 40 or so years, but leaves out hugely influential figures in contemporary comics, including Mark Beyer, Aline Kominsky, Julie Doucet, Phoebe Gloeckner (there's a severe dearth of female cartoonists), Howard Chaykin, Chester Brown, Todd McFarlane, S. Clay Wilson, Dave Sim and many, many others. Instead, there are minor works by minor cartoonists like Rick Geary, Melinda Gebbie and Frank Stack, and jumbled or inconsequential work from great cartoonists like Gilbert Hernandez, Kaz, Joe Sacco, Jack Kirby and Steve Ditko. Neither a definitive anthology nor a helpful resource, this is a haphazard grab bag of some good comics, numerous dubious achievements and some downright mysteries.