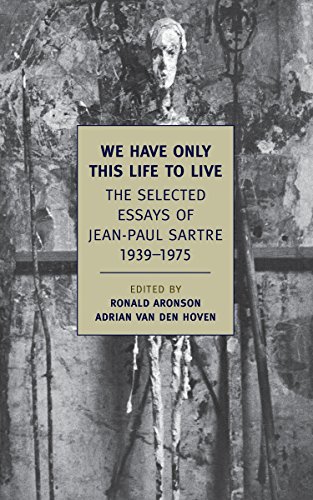 Nothing disproves the ill-informed criticisms that philosophy is an obscure field better than a philosopher's writings on allegedly non-philosophical topics. This collection of essays from the existentialist philosopher counters such claims and attests to philosophy's continued relevance without explicitly setting that goal. Now-commonplace subjects, like New York City and jazz, in Sartre's hands become telling indications of the differences between American and European metropolitan lifestyles, their solitary versus communal tendencies. A few essays delve into significant literary works, like Faulkner's The Sound and the Fury and Camus's The Stranger, from which Sartre, with his self-proclaimed appreciation for literary ambiguity, gleans assessments on the human relation to time and the absurdity of the human experience in the world, respectively. Art, poetry, politics, war, oppression and racism, Americanization, the atomizing of soldiers, the serialization of votes, the future of France, and, of course, existentialism also receive Sartre's keen analysis. As with most collections, there's little reason to read the essays linearly, although they are arranged chronologically. Regardless of the topic, Sartre relates everything back to the human condition and our obligation to fully create the self: it's the only chance we'll get. (Feb.)
close
Details