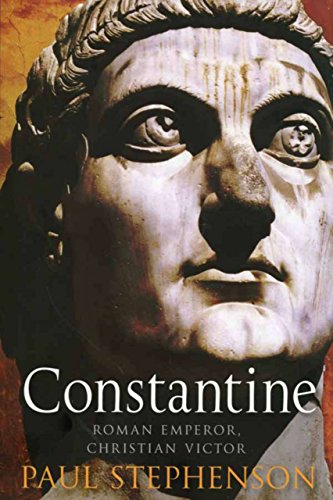 Stephenson, a historian at the University of Durham, successfully combines historical documents, examples of Roman art, sculpture, and coinage with the lessons of geopolitics to produce a complex biography of the Emperor Constantine. Rather than the divinely guided hero of legend who singlehandedly brought pagan Rome to Christian orthodoxy, Constantine is depicted as very much a product of his political environment. Recognizing the growing influence of the Christian Church, he adapted the generally pacifist faith to the Roman “theology of victory” and created a newly militant Christianity that would sustain his rule. Constantine wisely sought to impose religious toleration on the diverse Roman Empire while discouraging “trivial” disputes among the Christian faithful. Stephenson examines the variety of religious beliefs in the early fourth century with emphasis on Mithraism, a pagan mystery cult practiced by pre-Constantine soldiers, and on the bitter divisions within victorious Christianity that ultimately led to the Council of Nicaea. Constantine is revealed as a master politician who, while delaying his own baptism for reasons not fully explained in the text, became the ruler of both church and state. 24 pages of illus.; 8 maps.