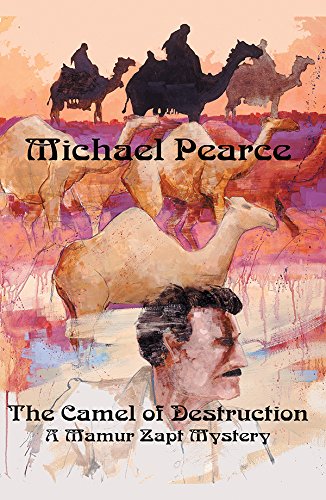 THE CAMEL OF DESTRUCTION: A Mamur Zapt Mystery

British author Pearce () offers the seventh fascinating installment in his series featuring Capt. Gareth Owen, the Mamur Zapt, who serves as head of the political branch of the British police in 1910 colonial Egypt. Having jurisdiction over crimes that may have political ramifications, Owen becomes enmeshed in a homicide investigation when a Ministry of Agriculture employee is found dead at his desk. Both government officials and private businessmen want Owen to sweep the matter under the carpet. A dramatic drop in cotton prices that jeopardizes the economy and the growing debts of the poor create a volatile environment that threatens the stability of both the Egyptian ruler, the khedive, and his British "advisers." Utilizing a network of informers and undercover operatives to untangle the victim's financial and real estate dealings, Owen must head off the feared "Camel of Destruction," a metaphorical beast who heralds chaos. Owen is confident enough to bend rules when necessary, as well as adept at assessing the underlying motivations of bureaucrats and the mysterious members of the Khedivial Agricultural Society. Able to think several steps ahead, he's at ease in dealing with all segments of the culture he both rules over and serves. Pearce vividly captures a little-known time and place with three-dimensional characters, financial turmoil that is surprisingly resonant and an intriguing puzzle that is not, alas, matched by an equally clever resolution.