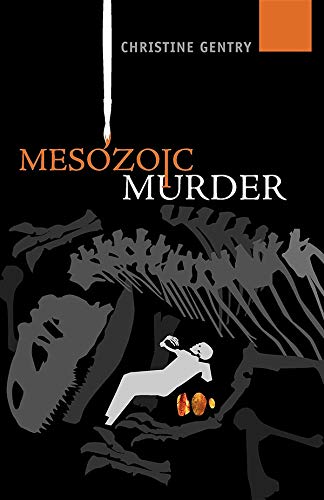 Sometimes it seems as if there's almost too much meat on Gentry's debut, a juicy Montana mystery introducing Ansel Phoenix, who draws dinosaurs for a living. To her Indian heritage (she's half-Blackfoot), Ansel adds artistic skills and scientific knowledge plus professional standing as president of the Pangaea Society, "a non-profit, community-based organization devoted to the study of fossils." A traumatic childhood incident has left Ansel sensitive to slights over her Indian blood but proud of her heritage. On a fossil-hunting field trip with a group of students, Ansel finds the grave of a recently murdered colleague and former lover, Nick Capos. Unwilling to reveal her past involvement and distrustful of the police, Ansel decides on her own to try to solve Capos's murder. The author grounds the story in plenty of science (nothing too complicated) and Native American culture and lore. As Ansel learns more about the victim, she also begins uncovering disquieting facts about other members of the Pangaea Society. Her unwelcome investigations lead to warnings, threats and ultimately physical abuse. Gentry's appealing heroine, who gets ample opportunity to display her resourcefulness and fortitude, and the intriguing milieu in which she operates, should ensure both a warm reception and a speedy encore.