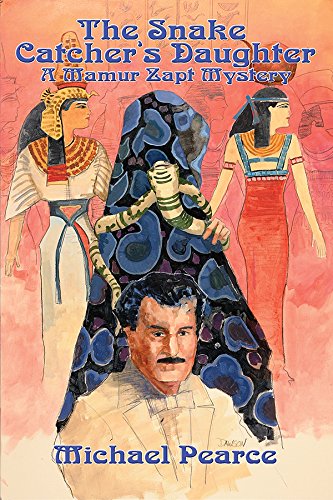 British author Pearce again masterfully blends period detail and a compelling plot in his eighth mystery, set in Colonial Egypt, to feature Captain Gareth Owen, the head of Cairo's secret police (aka the Mamur Zapt). When the deputy commandant of police disappears, Owen discovers that the man secretly attended a mysterious women-only exorcism rite known as a Zzarr. The reopening of an old case of bribery involving Owen's predecessor and the then-commandant of the Cairo police casts a shadow on the reputation of the current commandant, who unmasked an extortion racket that may never have existed. Further complicating matters are the various attempts to entice Owen himself to accept graft, which suggest that there may be a concerted campaign to oust the highest-ranking British police officials, who only manage to maintain control by maintaining the appearance of power in the face of local opposition and nascent Egyptian nationalism. Refreshingly, Pearce weaves an engaging tale based on corruption and intrigue, not violence. A captivating character, Owen balances his ethics with keen political savvy and great sensitivity to the native population. As in (2002), there's little genuine suspense about the identity of the figure behind the schemes, but this deficiency doesn't detract from the pleasure of a well-crafted historical.