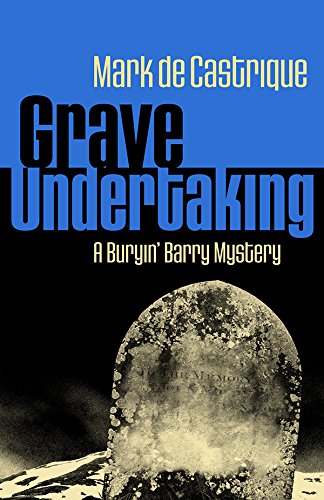 The North Carolina mountain country in winter provides the atmospheric setting for de Castrique's second well-crafted mystery to feature undertaker-sleuth Barry Clayton (after 2003's ). While moving the old grave of Pearly Johnson, Barry unearths a skeleton lying on top of Johnson's casket with a bullet hole in the skull. In the wallet of the victim, Sammy Calhoun, is a picture of Barry's girlfriend, Dr. Susan Miller. As Barry and his friend, Sheriff Tommy Lee Wadkins, dig for the truth, Susan's status as the prime suspect in Calhoun's murder puts considerable strain on her relationship with Barry. The revelation of past secrets that some highly respected citizens would prefer to remain hidden poses an even greater threat to Barry's well-being. Realistic and sensitively drawn characters, including Barry's Alzheimer's-afflicted father, together with a neat plot that builds to a powerful ending, help lift this poignant novel above the common run of regional cozies.