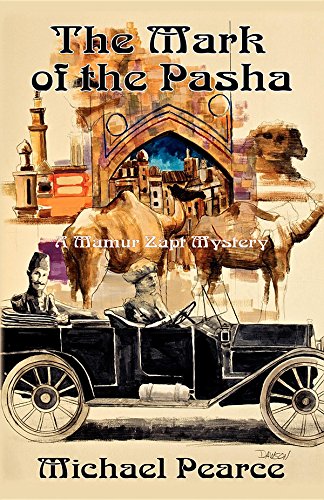 The Mark of the Pasha: A Mamur Zapt Mystery

The movement for Egyptian independence turns increasingly violent at the end of WWI, in 1918, presenting Gareth Owen (aka the Mamur Zapt or head of the secret police) with fresh challenges in the enjoyable 16th entry in Pearce's series set in Egypt in the waning years of British rule ( , etc.). After a failed attempt in the streets of Cairo to bomb a government procession led by the khedive, Egypt's ruler, Owen and his team begin a frantic investigation to trace the bombers and head off further attacks. To up the ante, Pearce has his appealing hero placed in charge of security for a British commission of inquiry scheduled to arrive in Cairo. On the personal side, Owen's longtime love and new wife, the fiercely independent Zeinab, struggles to carve out a fulfilling role for herself. The convincing period detail, combined with comic touches, will charm newcomers as well as established fans.