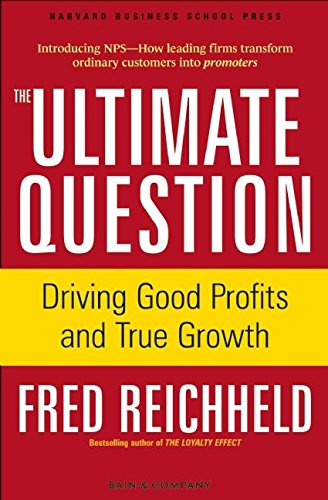 Almost everyone appreciates the importance of customer satisfaction in business, but this book takes that idea to two extremes. First, it claims that customer satisfaction is more important than any business criterion except profits. Second, it argues that customer satisfaction is best measured by one simple question, "Would you recommend this business to a friend?" Pressure for financial performance tempts executives to seek "bad profits," that is, profits obtained at the expense of frustrating or disappointing customers. Such profits inflate short-term financial results, Reichheld writes, but kill longer-term growth. Only relentless focus on customer satisfaction can generate "good profits." One unambiguous question, with answers delivered promptly, can force organizational change, he claims. Reichheld makes a strong rhetorical case for his ideas, but is weaker on supporting evidence. The negative examples he gives are either well-known failures or generic entities like "monopolies," "cell phone service providers" and "cable companies." When presenting statistics on poor performers, the names are omitted "for obvious reasons." On the other hand, the positive examples are named, but described in unrealistically perfect terms. Believable comparisons of companies with both virtues and flaws would have been more instructive.