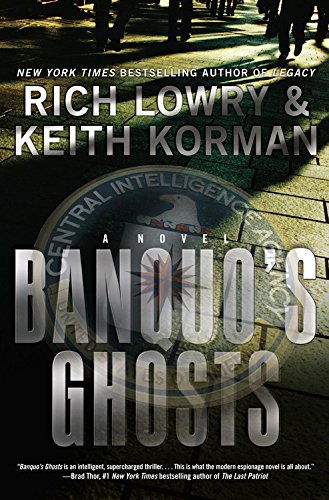 editor Lowry ( ) and Korman ( ) have written an exciting, intelligent novel that delivers the thriller goods and tosses barbs at do-gooder politicians, government obstructionists, reporters and a wide array of liberal weenies. Unlikely hero Peter Johnson, a mildly buffoonish writer working for the , a left-wing magazine, is recruited by CIA agent Stewart Banquo for the assassination of a top Iranian nuclear scientist. Banquo figures no one would ever suspect Johnson, known for his drunkenness and willingness to take a bribe, to be working for the CIA. Johnson, who accepts the job for a variety of reasons, heads off to Iran. A series of double crosses lands Johnson in the hands of the Iranians and sets up the rest of the plot involving a chillingly plausible terrorist attack. A major thread left untied points to what should be a much anticipated sequel. Expect a boost from author appearances on .