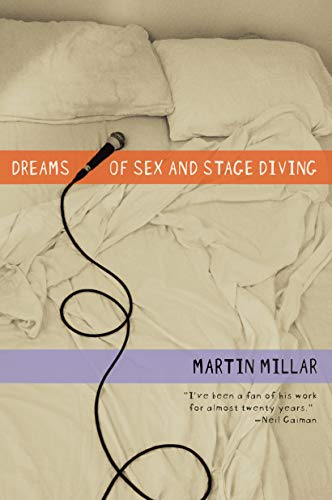 Dreams of Sex and Stage Diving

The grubby demimonde of London's Brixton district serves as the backdrop for this low-rent rock-and-roll tale. Millar's treatment of Elfish, a self-absorbed, indifferently promiscuous, and hygienically challenged young woman engaged in a revenge quest against Mo, her former boyfriend and bandmate, whose penchant for promiscuity is as ripe as his sexual encounters are squalid, reads like a less refined . Elfish's machinations focus on naming her nascent thrash band after Queen Mab, the fairy queen and wish-granter of Shakespeare's . Not coincidentally, Mo wants to use the same name for his new band, and he offers a deal: if Elfish can memorize Mercutio's 43-line soliloquy, he'll cede the name. Elfish's quest to get her way is rife with variegated but always shameless machinations, and Millar laces dry, droll humor throughout his depictions of his antiheroine's lies, manipulations, and unabashed self-regard. Elfish's lack of charm provides a wry, even satisfying twist that resolves many subplots and inadvertently gives this antifairy many of the same powers ascribed by the Bard to Queen Mab herself. ( )