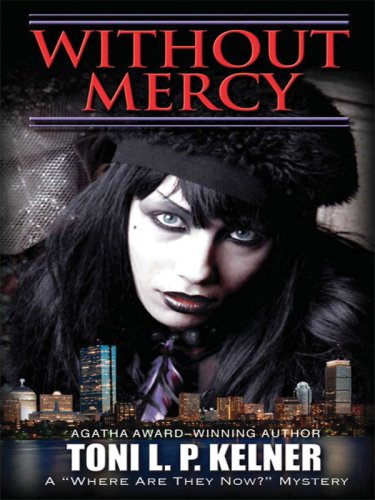 Without Mercy: A “Where Are They Now?” Mystery

Someone’s killing off the former cast members of ’70s sitcom in Kelner’s fab first “Where Are They Now?” mystery. Boston-based celebrity journalist Tilda Harper loves exploring America’s fascination with old TV programs and cult films. After Tilda’s nostalgic article “Curse of the ” in mentions the curious deaths of two former cast members, the murder of a third suggests a serial killer with a show-specific agenda. Vincent Peters, one of Tilda’s tipsters and a huge fan, believes star Mercy Ashford will be next. Tilda’s investigation reveals Mercy walked off a movie set and vanished not long after was canceled. Is Mercy already dead, or is she the murderous psychopath? Kelner ( ) depicts Tilda’s search for the elusive actress as a merry chase through cyberspace and stacks of dusty magazines, adding in a little romance with sexy bodyguard Nick Tolomeo to keep things humming.