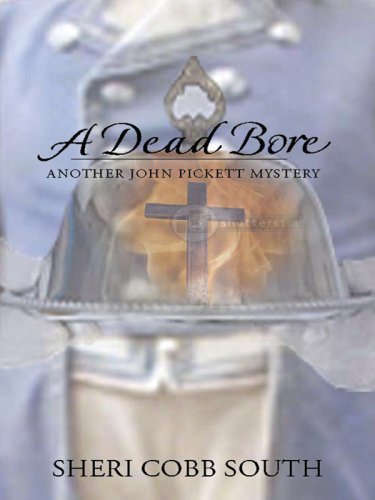 In South's delightful second Regency mystery (after 2006's ), recently widowed Lady Julia Fieldhurst decides to leave London and spend the summer in Yorkshire with Sir Gerald and Lady Anne Hollingshead, largely to avoid gossip surrounding her husband's murder. Alas, tragedy strikes shortly after Julia arrives at Hollingshead Place. The local vicar, Mr. Danvers, who regales the family over dinner with talk of his almost completed book on the history of the village, dies later that night in a fire at the vicarage. Julia writes to Bow Street runner John Pickett in London for help in investigating what may be a crime. Pickett poses as Julia's footman, allowing the reader a view of what goes on downstairs as well as up. Tension between the eldest Hollingshead daughter and her parents over her love for a poor curate as well as the growing attraction between Julia and Pickett lend romantic interest. The manners and mores of the period as South depicts them ring true.