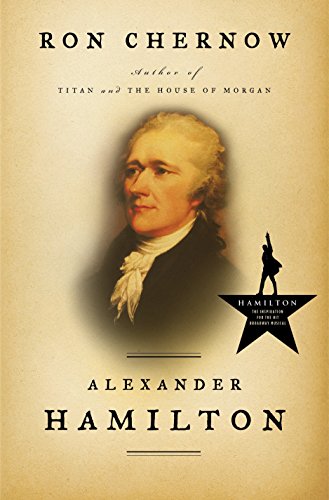 After hulking works on J.P. Morgan, the Warburgs and John D. Rockefeller, what other grandee of American finance was left for Chernow's overflowing pen than the one who puts the others in the shade? Alexander Hamilton (1755–1804) created public finance in the United States. In fact, it's arguable that without Hamilton's political and financial strategic brilliance, the United States might not have survived beyond its early years. Chernow's achievement is to give us a biography commensurate with Hamilton's character, as well as the full, complex context of his unflaggingly active life. Possessing the most powerful (though not the most profound) intelligence of his gifted contemporaries, Hamilton rose from Caribbean bastardy through military service in Washington's circle to historic importance at an early age and then, in a new era of partisan politics, gradually lost his political bearings. Chernow makes fresh contributions to Hamiltoniana: no one has discovered so much about Hamilton's illegitimate origins and harrowed youth; few have been so taken by Hamilton's long-suffering, loving wife, Eliza. Yet it's hard not to cringe at some of Hamilton's hotheaded words and behavior, especially sacrificing the well-being of his family on the altar of misplaced honor. This is a fine work that captures Hamilton's life with judiciousness and verve. Illus. .