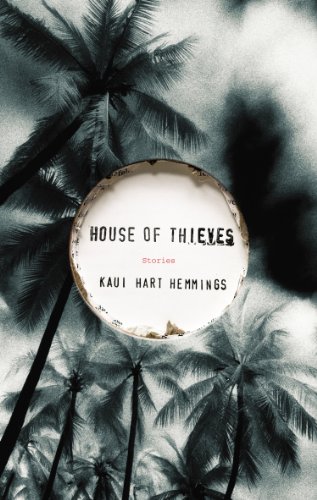 A dusty, dreamy Hawaii rife with sexual frustration, loneliness and adolescent heartbreak is the setting for the nine stories of Hemmings's bold debut collection. Misery adores company in "Final Girl," in which a single mother discovers a pornographic magazine in her 13-year-old son's room and turns on him despite herself, wishing he had more of "that character-developing sadness. Instead, he's a child who sings in the car." In the title story, intrepid preteen Kora is anxious to fit into her clique of Lolitaesque teenage friends—island girls "doing bad things in pretty places"—and is frightened of losing her best friend, Wendy, when Wendy's delinquent brother, Perry, resurfaces. In "Begin with an Outline," a girl is haunted by her imprisoned father, a notorious drug dealer; in "Island Cowboys," embittered, indebted Pete covets his brother's easy prosperity and finds forbidden solace in his niece. A 16-year-old boy pines for his social-climbing nanny in "Secret Clutch," only to discover that she has taken up with his wealthy father; a teenage girl and her father's mistress develop a disturbing bond in "Location Scouts." At times Hemmings steers her troubled protagonists in predictable directions, but overall these are fresh, acerbic tales, offering a distinctive perspective on everyday life in a vacation paradise.