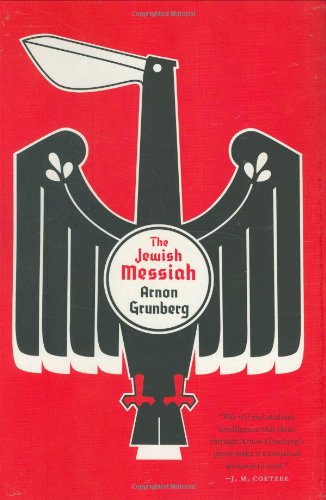 Mockingly irreverent and verging on the fantastical, Grunberg's satirical comedy featuring a contemporary messiah will amuse some readers and offend others. When Swiss teenager Xavier Radek meets Awromele Michalowitz, a rabbi's son, decides it is his life's mission to â€œcomfort the Jewsâ€ to atone for their suffering. Idealistic and naïve to the point of foolishness, Xavier is a contemporary version of the Jewish folkloric character Gimpel the Fool. Never mind that his grandfather was a superzealous Nazi, and his mother thinks that â€œYou-Know-Whoâ€ had the right idea in exterminating the Jews. Both young men acknowledge the erotic bond between them, first evidenced when Xavier undergoes a botched circumcision. As the action moves from Basel to Amsterdam to Tel Aviv in a series of farcical adventures involving violence, brutality, lust and jealousy, the novel reveals a world made up of bigots and complacent hypocrites. Grunberg's iconoclastic novels are bestsellers in Europe, where they have won numerous literary awards. He has a fine touch for the ridiculous and the macabre, but by the time Xavier becomes the corrupt prime minister of Israel and metamorphoses into a modern Hitler, this abrasive satire becomes an open wound.