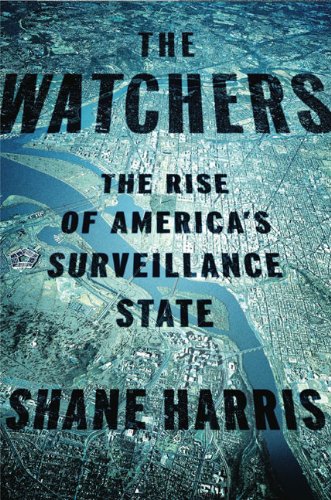 The Watchers: The Rise of America’s Surveillance State

Harris, a reporter for , details the rise of a “band of mavericks” in national security and intelligence organizations that has erected “an American surveillance state.” In this timely and admirably balanced account, Harris focuses on the role of a handful of key figures, including Reagan-era National Security Adviser John Poindexter, as they campaigned for information technology to identify terrorists. The controversial Poindexter started the campaign after the 1983 bombing of Marine barracks in Lebanon; the mission was imbued with greater urgency after September 11; with the support of the Bush administration, the National Security Agency (NSA) acquired a research project that Poindexter had developed called Total Information Awareness that uses advanced data-mining techniques to collect mountains of data—and has trapped countless innocent citizens in the NSA’s “electronic nets.” After the NSA’s warrantless surveillance was exposed in 2005, Congress passed largely cosmetic reforms that left the surveillance state intact. Harris carefully examines how the nexus between terrorism and technology has complicated the age-old “conflict between security and liberty” and calls for a national debate on the issue. This informative and dramatic narrative is an excellent place to start.