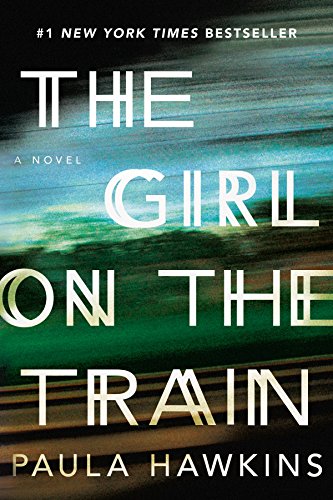 The Girl on the Train

Rachel Watson, the principal narrator of Hawkins’s psychologically astute debut, is obsessed with her ex-husband, Tom. She’s having a hard time putting the past behind her, especially since she confronts it daily, during the hourlong commute to London from her rented room in Ashbury, Oxfordshire, when her train passes the Victorian house she once shared with Tom. She also frequently spies an attractive couple, four doors down from her former home, who she imagines to be enjoying the happily-ever-after that eluded her. Then, suddenly, the woman, pixie-ish blonde Megan Hipwell, vanishes—only to turn up on the front page of the tabloids as missing. The police want to question Rachel, after Anna, Tom’s new wife, tells them that Rachel was in the area drunkenly out of control around the time of Megan’s disappearance. Hawkins, formerly deputy personal finance editor of the Times of London, deftly shifts between the accounts of the addled Rachel, as she desperately tries to remember what happened, Megan, and, eventually, Anna, for maximum suspense. The surprise-packed narratives hurtle toward a stunning climax, horrifying as a train wreck and just as riveting. Agent: Lizzy Kremer, David Higham Associates (U.K.). (Jan.)
close
Details