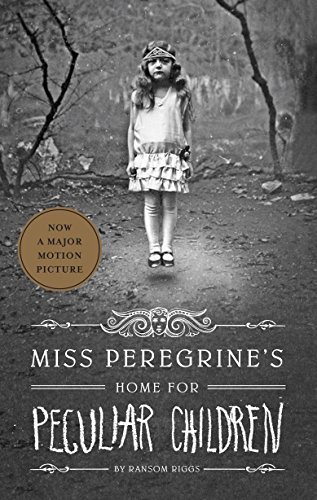 Riggs's atmospheric first novel concerns 16-year-old Jacob, a tightly wound but otherwise ordinary teenager who is "unusually susceptible to nightmares, night terrors, the Creeps, the Willies, and Seeing Things That Aren't Really There." When Jacob's grandfather, Abe, a WWII veteran, is savagely murdered, Jacob has a nervous breakdown, in part because he believes that his grandfather was killed by a monster that only they could see. On his psychiatrist's advice, Jacob and his father travel from their home in Florida to Cairnholm Island off the coast of Wales, which, during the war, housed Miss Peregrine's Home for Peculiar Children. Abe, a Jewish refugee from the Nazis, lived there before enlisting, and the mysteries of his life and death lead Jacob back to that institution. Nearly 50 unsettling vintage photographs appear throughout, forming the framework of this dark but empowering tale, as Riggs creates supernatural backstories and identities for those pictured in them (a boy crawling with bees, a girl with untamed hair carrying a chicken). It's an enjoyable, eccentric read, distinguished by well-developed characters, a believable Welsh setting, and some very creepy monsters. Ages 12%E2%80%93up. (June)
close
Details