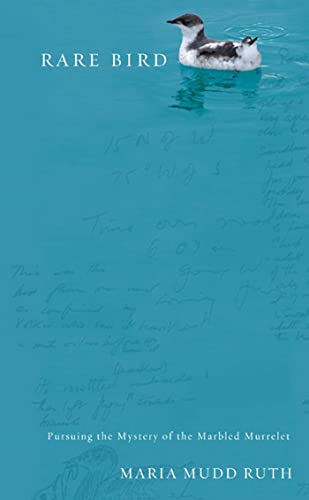 Rare Bird: Pursuing the Mystery of the Marbled Murrelet

The little-understood marbled murrelet has been plying the Pacific Coast waters from California to Alaska since well before Captain Cook mapped those shores for England. But now these small brown birds, listed as threatened in 1992, are disappearing rapidly as their habitat is compromised by environmental degradation from oil spills, the trap set inadvertently by fisheries deploying gill-nets near shore, and old-growth deforestation. Natural history writer Ruth picked up a passion for these unique critters and their mystery—the birds' unusual nests on mossy branches went undetected until 1974, when a tree trimmer almost stepped on a chick 148 feet up in a Douglas fir. Ruth depicts the efforts, scientific and amateur, to understand the marbled murrelet since Cook's onboard naturalist first captured several in 1778. This compelling subject gets thorough treatment by Ruth, but her tale suffers from a fragmented time line and too many references to her obsession without profound evocation of the feelings and thoughts such fascination has elicited from numerous writers, including two she cites, Annie Dillard and Aldo Leopold. Still, Ruth's details of the hunt for bits of information about the bird—from dissecting specimens to counting birdcalls in the predawn light—provide rare insight into the trials and joys of scientific discovery. B&w illus.