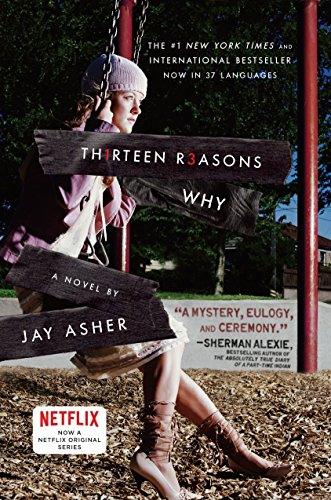 This uncommonly polished debut opens on a riveting scenario: 13 teenagers in a small town have each been designated to listen, in secret, to a box of audiotapes recorded by their classmate Hannah and mailed on the very day she commits suicide. “I'm about to tell you the story of my life,” she says. “More specifically, why my life ended. And if you're listening to these tapes, you're one of the reasons why.” Clay, the narrator, receives the tapes a few weeks after the suicide (each listener must send the box to the next, and Hannah has built in a plan to make sure her posthumous directions are followed), and his initial shock turns to horror as he hears the dead girl implicate his friends and acquaintances in various acts of callousness, cruelty or crime. Asher expertly paces the narrative, splicing Hannah's tale with Clay's mounting anxiety and fear. Just what has he done? Readers won't be able to pull themselves away until that question gets answered—no matter that the premise is contrived and the plot details can be implausible. The author gets all the characters right, from the popular girl who wants to insure her status to the boy who rapes an unconscious girl at a party where the liquor flows too freely, and the veneer of authenticity suffices to hide the story's flaws. Asher knows how to entertain an audience; this book will leave readers eager to see what he does next. Ages 13-up.