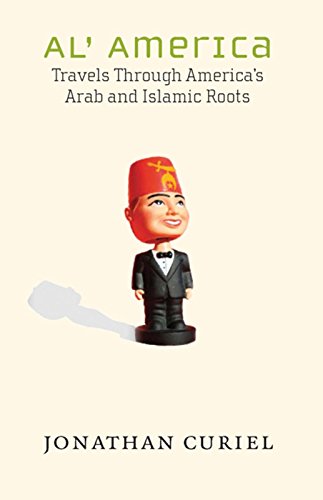 Amid a heightened wave of xenophobia directed at Arabs and Muslims, writer Curiel reminds readers of a rich store of cultural borrowings and relationships that have gone deep into the very fabric of American society, including its most precious symbols and artifacts. While many will readily recall the “Arabic” strains in 1960s rock groups like the Doors, less obvious is the formative personal background at work in a classic like “Miserlou” (Turkish for “The Egyptian”) by Dick Dale. Still fewer Americans are likely aware of the blues' significant debt to Arab and Muslim musical traditions (imported by Muslim West Africans kidnapped into slavery). While the relative interest and import of these and other examples varies, Curiel's cultural odyssey moves swiftly and engagingly across time and geography, as he excavates everything from the “Moorish” architecture of New Orleans and the Alamo to the stories of the Arab and Muslim victims among the 9/11 World Trade Center dead. His research and focused interviews with leading scholars and musicians yield many surprises and leave little doubt about a crucial historical connection too easily forgotten in facile appeals to American identity.