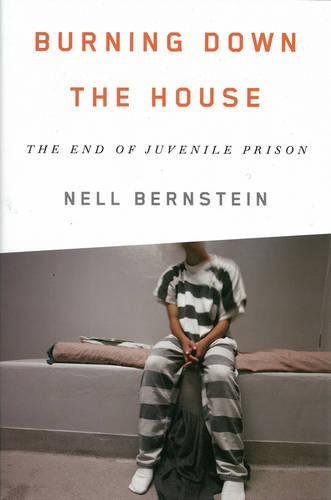 Burning Down the House: The End of Juvenile Prison

Award-winning journalist Bernstein (All Alone in the World) turns her attention to the U.S. juvenile justice system in which more than 66,000 youths are confined. Many young people in large detention centers live under “constant surveillance,” fearful of beatings, rape, solitary confinement, or being denied showers, companionship, and adequate food. Such is the grim reality of a system that removes two elements central to adolescent development—connection and autonomy—and, as Bernstein documents, drives low-level delinquents deeper into criminality. With considerable empathy, Bernstein introduces adolescents in and out of detention centers, capturing their struggles to overcome traumatic histories. She covers the rise of the “super-predator myth” in the late 1980s/early 1990s that led to increased rates of juvenile incarceration and more stringent laws (“three strikes”), as well as the wave of reform that resulted in a 39% drop in incarceration in the past decade. She interviews reform-minded administrators like Tom Decker, director of Missouri’s juvenile justice system, a model for other states because of its acclaimed network of small, non-institutional placements and low rates of recidivism. Visiting “therapeutic” prisons in Minnesota, California, and New York, she concludes that no matter how much effort goes into creating “a kinder, gentler prison,” these institutions remain embedded in a larger culture that seems impervious to reform. Passionate, thoughtful, and well-researched, this is a resounding call to action. Agent: Kathleen Anderson, Anderson Literary Management. (June)
close
Details