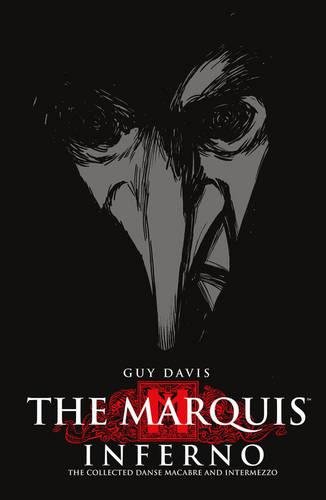 In this morality adventure set in a starkly rendered 17th-century France, the eponymous protagonist dons a carnival mask and hunts escaped souls of the damned. The twist is that behind the marquis's mask is no dashing hero but a geriatric church inquisitor named Vol de Galle who is pious, fearful and uncertain of himself. He has good reason for doubt; the escaped souls inhabit the bodies of lowly French sinners who look like regular townsfolk and only de Galle can perceive their true beastly forms. The marquis leaves a trail of corpses that soon has the authorities, religious and secular, hot on his heels and places him in the center of a debate over his real nature, the provenance of his powers and the true measure of his faith. That overlengthy debate is mere background for the real matter at hand: disgusting devil-monsters dying in interesting ways. Davis's artwork features pages of heavily inked cityscapes crammed with gothic spires and rococo entablature, and squat and grotesque characters—both satanic and human—drawn in high contrast black-and-white. It's an entertaining if not always serious outing.