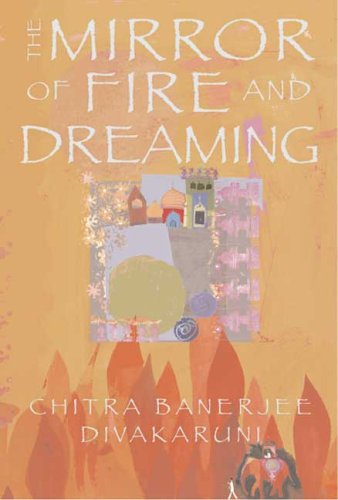 The Mirror of Fire and Dreaming

Fans of will be every bit as riveted to this sequel, which opens in the Silver Valley of the Himalayas, where Anand and Nisha have begun their studies to become a Master Healer like their friend and mentor, Abhaydatta. Just when Anand is feeling less skillful than the other apprentices, he has a vision: a woman tells him that the people from her village are disappearing into the forest "and when they come back, they are changed. Often they don't remember who they are." The council of healers dispatches Abhaydatta to look into the matter, but Anand has further visions that his friend is in trouble, and enlists Nisha and the conch to help him. During their transport, the three become separated, and Anand must find them as well as Abhaydatta, and get to the source of the evil described by the woman in his vision. Along with her characters, the author sends readers back in time to an era in India when shahzadas (Muslim princes) ruled; she details their breathtaking finery and endless courses of food, brought by servants in turbans. The mirror of the title holds the key link between past and present, but it also takes on another layer of meaning in Anand's gradual self-realization. Divakaruni here makes India's past as immediate as its present, with characters that readers will surely want to follow through to the next and final book in the trilogy. Ages 8-up.