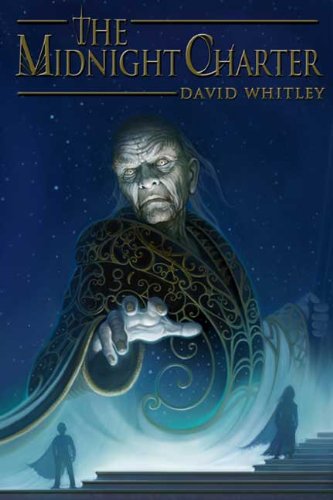 In the walled city of Agora, residents literally live or die based on their worth. Everything is traded, from goods and services to lives—even emotions can be bottled and sold—all bound in contracts (“Everyone makes their way by bartering something, for there is always someone who will trade”). Just shy of his 12th birthday, Mark is sold by his father to Dr. Theophilus, who is researching a widespread plague. After recovering from the shock of being sold (and from the plague), Mark becomes fast friends with Lily, servant to the powerful astrologer Count Stelli. But the children's lives diverge quickly: when the doctor is cast out of Count Stelli's tower, Mark and Lily contract with each other to switch masters. Meanwhile, the city's most powerful citizens have plans for them, and both find their beliefs and lives pitted against forces they barely understand—and against each other. Charity, greed, freedom, fate and political scheming are all woven through debut author Whitley's richly conceived world. Readers will be buoyed by every small triumph that cannot be recorded in an account book. Ages 11–14.