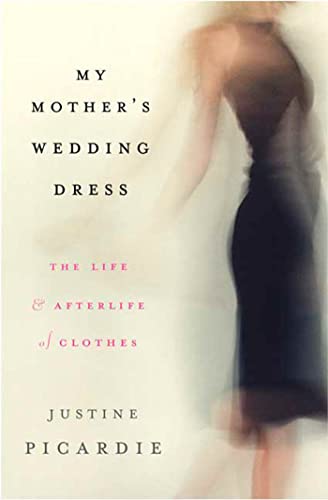 My Mother's Wedding Dress: The Life and Afterlife of Clothes

A former British editor turned novelist ( ) offers a stylish treatment of the significance of clothes to their owners and admirers. A black wedding dress belonging to Picardie's mother circa 1960 became the author's perfect little black dress 20 years later and serves as the elegant entrée to Picardie's narrative. Picardie devotes a chapter to each item: the wedding dress, cast off by her divorced mum, was added to the author's secondhand college wardrobe, a "rag-tag bundle of other people's identities"; a pair of plastic trousers, purchased in 1977, signified a transitory rebellion; a velvet jacket belonging to various relatives segues into a meditation on the frustrating elements of the unfinished story. Most poignant is the author's exploration of haunted clothing, seen in literary examples from Daphne du Maurier and Elizabeth Bowen, and exemplified in clothing favored by her terminally ill sister and abandoned in death. Picardie is amusingly digressive, moving from a discourse on the Gap's ability to bridge fashion and functionality to Zelda Fitzgerald's clothing memory as a grasp of her dwindling sanity. Picardie is also a terrific journalist, offering a shimmering chapter on the profane and sacred aspects of "scarlet women" and sharp interviews with Donnatella Versace and Karl Lagerfeld.