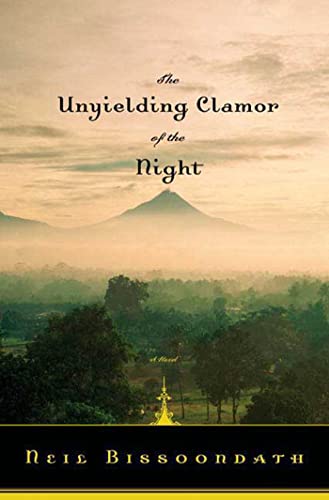 The Unyielding Clamor of the Night

Veteran author Bissoondath ( ) sets his latest novel, in which a naïve rich boy takes a job as a schoolteacher, in a place "where questions have no answers" and turns in a solid bildungsroman. Twenty-one-year-old Arun, bearing a prosthetic leg and a genuine desire to help the disadvantaged, travels from the capital of his Southeast Asian island nation to the poor southern war-torn city of Omeara, a town full of known as "two percenters," for the slim chance they have of escaping poverty. Amid the violent conflict between the army and the insurgent boys, Arun's classes are populated with only those children whose injuries keep them from helping with the harvest. Through his relationships with a taciturn butcher, Jaisaram; Jaisaram's bibliophile daughter, Anjani; and others in the town and the army camp, Arun learns he has less in common with the northern-born soldiers than he does with the town's poor inhabitants—scared, uncertain and extremely vulnerable, "like a fish enmeshed in a net." Though a reader might know from the start where Arun's journey will lead him, Bissoondath's narrative, studded with hard kernels of moral ambiguity and a shocking, open-ended conclusion, still has the power to haunt.