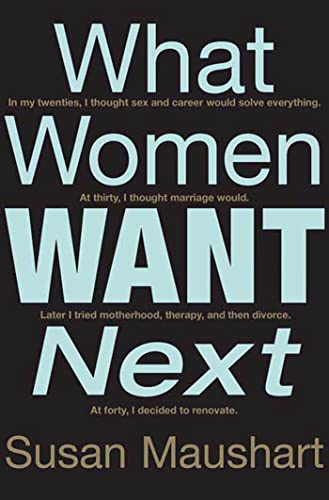 What Women Want Next

In an attempt to figure out how women can achieve happiness vis-à-vis sex, marriage, motherhood and work, Australia-based author Maushart (Wifework) surveys the writings of feminists, conservative gurus, psychiatrists and spiritual leaders, including bestsellers like Germaine Greer, Laura Schlessinger, the Dalai Lama, Freud and Arlie Hochschild. Women must stop blaming others—men, doctors, the patriarchy, their mothers, their own hormones—for the way their lives are turning out, self-described feminist Maushart concludes, because freedom has its price. And if what women want next are marriages that are mathematically equal, that won't be easily achieved if women seek taller, wealthier, older men of higher social status. Women want to reintegrate motherhood into the rest of their lives, and those who choose to be stay-at-home moms are “no less a feminist success story than their career-oriented sisters.” Furthermore, women's ambivalence about gender roles is responsible for such failed feminist agendas as equal pay for equal work. This Australian import by a long-time American expat is an unfocused, pedestrian retread of very familiar territory that's saddled with Aussie expressions and examples that don't always apply in the U.S., and with blanket assumptions (e.g., referring to women who change their names after marriage: “I've got news for you, girls. If you let him stamp his name on you, he is boss”). (July)