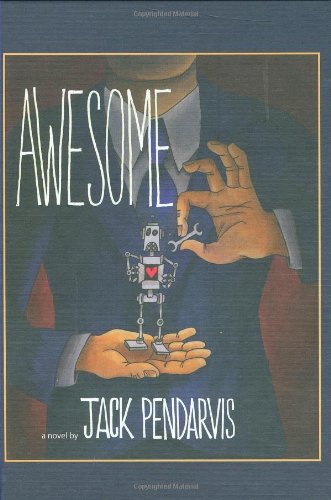 In his overly cute debut, YA author Pendarvis channels a hapless giant named Awesome who spends his days constructing robots, discovering a variety of uses for his bodily fluids and looking for those who will accept him. After having no luck with a group of teenagers who beat him to a pulp, and little luck with a Beluga whale he courts at the aquarium, the giant meets new neighbor Glorious Jones. Cut to their wedding a few pages later, where the giant botches his vows and is left at the altar. A madcap trek to prove his love and win back his fiancée ensues. While Pendarvis keeps the conceit furiously spinning, it's not enough to sustain the book, which fails to negotiate the perilous line between faux naïve and overly cute.