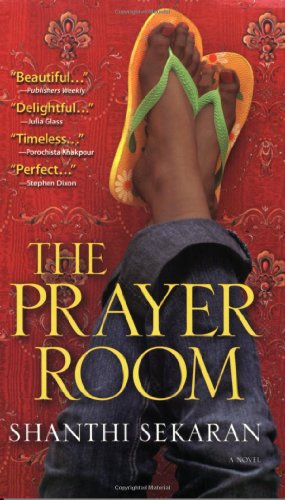 In her debut novel, Sekaran indulges in beautiful prose that unfortunately obscures a ponderous narrative. Art history scholar and Englishman George Armitage went to India for the research, but returned with an Indian wife, Viji, so out of sorts she can't even recognize her husband when they get separated at the airport (“They all looked like George. Which one had she married?”). In short order, they move to Sacramento and Viji gives birth to triplets. As their children wade into adolescence, George blandly flirts with infidelity, and Viji is afflicted with poorly explained midlife ennui. The plot, as it is, involves the arrival of George's widowed father and Viji's solo visit to India at the request of her sister. Lovely writing doesn't make up for Sekaran's vacant characterization; as the characters' problems are never clearly established, readers won't find much satisfaction in the old family secrets and healed wounds meant to resolve them.