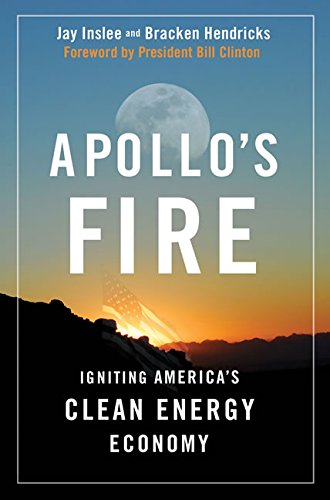 To free the U.S. of fossil fuel dependency while boosting the economy, we need the kind of visionary leadership that led to the Apollo moon landings in 1969, according to Inslee and Hendricks in this energetic articulation of a clean-energy future. That vision is sadly lacking under the current administration, reports Washington State Congressman Inslee in several caustic sidebars about his contentious energy discussions with President Bush and Vice-President Cheney. His first-person anecdotes lighten this otherwise earnest book, based on initiatives of the Apollo Alliance, an advocacy group and think tank uniting unions, environmental groups and business organizations committed to fostering a “green economy.” Redesigning the car, investing in solar power, mining wind for power, exploring the nascent technology of “wave energy,” using energy more efficiently and working clean coal and safe nuclear power into the equation are among the authors' prescriptions. Inslee is primary congressional sponsor of the New Apollo Energy Act and on the Apollo Alliance advisory board; coauthor Hendricks is a member of the alliance's steering committee. A brief foreword by Bill Clinton waxes enthusiastic about the synergy between the book, the alliance and the proposed legislation.