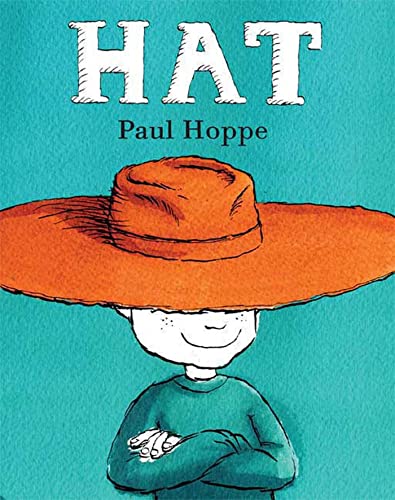 Walking with his mother in the park, young Henry finds a wide-brimmed red hat on a bench and immediately wants to take ownership. After all, Hat (as Henry thinks of it) isn't just good for warding off the sun and rain: it could be turned into a sailing ship, save his life when facing a crocodile or make him a star of stage. Hoppe's ( ) inked cartoons, punctuated by rose, teal and green spot colors, give Henry's Walter Mittyesque musings an indomitable, ebullient innocence reminiscent of kids' books from the early 1960s. Seeing the discovery of Hat as a teachable moment about ownership and empathy, Mom reminds Henry that the hat's owner might need it, and Henry's fanciful visions are traced in reverse—an explorer in a croc's belly, a lifeguard with a serious sunburn. But kids may find the wrapup something of a letdown. Henry leaves Hat where he found it, and readers may well contend, rightfully, that none of the people Mom cites are around to claim Hat, and that Hat looks rather lonely left all by itself. Ages 3–6.