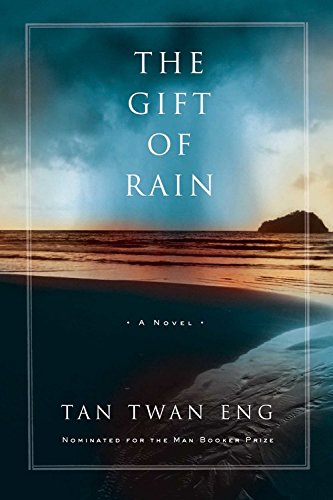 The Gift of Rain

This remarkable debut saga of intrigue and akido flashes back to a darkly opulent WWII-era Malaya. Phillip Hutton, 72, lives in serene Penang comfort, occasionally training students as an akido master “teacher of teachers.” A visit from Michiko Murakami sends him spiraling back into his past, where he grows up the alienated half-British, half-Chinese son of a wealthy Penang trader in the years before WWII. When Hutton's father and three siblings leave him to run the family company one summer, he befriends a mysterious Japanese neighbor named Mr. Endo. Japan is on the opposing side of the coming war, but Endo paradoxically opts to train Hutton in the ways of aikido, in what both men come to see as the fulfillment of a prophecy that has haunted them for several lifetimes. When the Japanese army invades Malaya, chaos reigns, and Phillip makes a secret, very profitable deal. He cannot, however, offset the costs of his friendship with Endo. Eng's characters are as deep and troubled as the time in which the story takes place, and he draws on a rich palette to create a sprawling portrait of a lesser explored corner of the war. Hutton's first-person narration is measured, believable and enthralling.