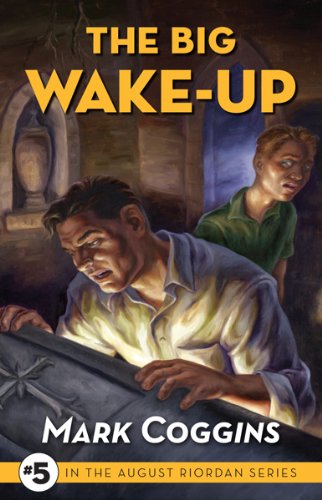 The Big Wake-Up: #5 in the August Riordan Series

Coggins's outstanding fifth mystery to feature San Francisco PI August Riordan (after 2007's ) successfully blends an over-the-top premise with an unrelentingly grim plot. Soon after flirting with an attractive young woman in a Laundromat, Riordan watches in horror as an apparently deranged cable car operator guns her and an older woman down at a cable car stop. Riordan pursues the killer and stops his bloody rampage. The Argentine family of the first victim, 23-year-old Araceli Rivero, hires him to investigate an unrelated matter, the location of Araceli's dead aunt, whose body was transferred from a Milan cemetery to somewhere in the Bay Area. After quickly getting a promising lead, Riordan learns that his clients have been less than straight with him—the missing corpse is actually that of Evita Perón. Coggins pulls no punches as the suspenseful action builds to a violent act of vigilantism.