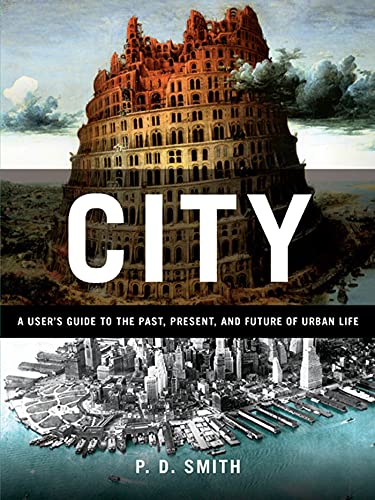 City: A Guidebook for the Urban Age

Smith (Doomsday Men: The Real Doctor Strangelove and the Dream of the Superweapon), a University College London researcher, has penned an engrossing, illustrated guide to 7,000 years of urban life for an age when more than half of the world’s population lives in cities. From the earliest Sumerian city of Eridu to the wired eco-cities of the future, Smith embarks on a multicentury tour highlighting urban history, customs, infrastructure, architecture, language, markets, crime, parks, cemeteries, transportation, food, and leisure activities across cultures. He excels at providing panoramic yet focused views of a particular subject, such as when tracing the development of language from cuneiform script to 16th-century street speech and its effect on cockney, to the new London dialect of the 21st century, Jafaican. Whether evoking the slums of Mumbai, a 1905 dinner party at London’s Savoy Hotel, or the Aztec capital of Tenochtitlán before Cortés conquered it in 1521, Smith proves a lively, learned narrator with a strong synthetic sense. Discursive, imaginative, and comprehensive, his analysis of everything from the Hanging Gardens of Babylon to skateboarding and graffiti should be savored. Read in parts or whole, readers can wander and drift, and enjoy the element of surprise, just as in the exploration of a real city. Photos. Agent: Peter Tallack, the Science Factory. (June)
close
Details