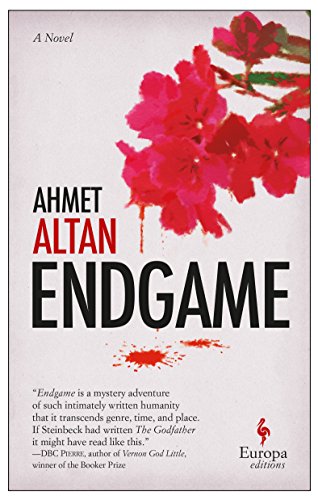 Small-town tensions over an old secret boil over in this metaphysical noir by Altan (Four Seasons of Autumn). A nameless writer moves to a small and picturesque Turkish town to work on his next novel, but before he even gets off the plane he becomes enthralled with a beautiful, locally connected woman named Zuhal. Through her the writer forms relationships, including with Mustafa, the mayor of the town, who has a complicated past with Zuhal and occupies a strange role as both the writer’s natural enemy and true friend. Over time, as the narrator becomes more involved with the citizens and local politics, he is drawn into crime, sex, and a legend involving a treasure on a hill. Interspersed throughout the narrative are existential discussions with God about the nature of writing, life, and the creation of characters. These passages serve to warn us that something horrible is coming, that the narrator will commit a terrible act. Altan’s work is at once atmospheric and distant, with shifts from discussions with and about God to the narrator’s abstruse relationships with the people of the town, particularly Zuhal. Still, each of the threads are artfully crafted and do come together nicely by the end, as promised. Altan’s characters are, at times, difficult to penetrate, but his story is pointed, enigmatic, and difficult to forget. (Apr.)
close
Details