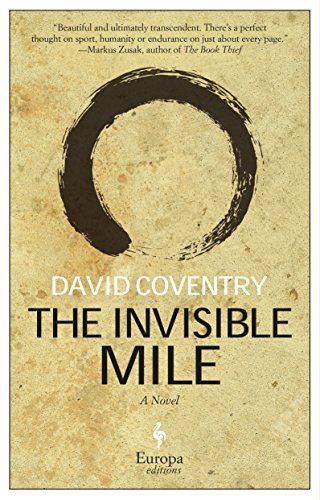 Based on a true event, New Zealand author Coventry’s tense, dark debut novel is a powerful story of grim determination and one man’s forlorn hope to conquer fear and pain in the world’s most grueling bicycle race, the Tour de France. The unnamed narrator is an anonymous member of the 1928 Australian-New Zealand Ravat-Wonder cycling team, the first English-speaking peloton to race in the Tour de France. They are foreigners in a foreign land, facing 5,476 km of bad roads, mountains, cold, heat, illness, and injury. The narrator is 27 years old, a young man adrift amidst the ghosts of post-World War I Europe, questioning his purpose and abilities, searching but never finding any answers. Like his teammates, he is driven to compete, knowing he cannot win, just hoping to finish the race’s last invisible mile. His voice is thoughtful and introspective as he tells of his doubts and fears, forcing his mind and body to endure extreme fatigue, hunger, thirst, sickness, and injury. Celia, a race fan who follows the race in a car and befriends the cyclist, is just as adrift as he is. Best are Coventry’s vivid descriptions of cycling team tactics, the drugs and alcohol, the excitement of the watching crowds, and the bloody accidents and crashes—of the 162 cyclists that began the race, only 42 finished. (May)
close
Details