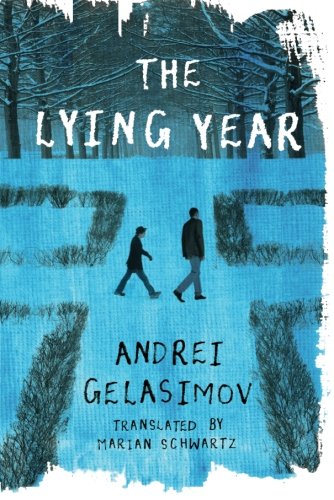 In Gelasimov’s novel, recently laid-off Mikhail, 23, agrees to supplement his drinking, fighting, and womanizing, with a job: teaching his boss’s loner son, Sergei, to be a man, spying on the kid (whose father worries he’s gay or involved with a sect) and reporting his findings. Cash in hand, Mikhail heads to the Petrovitch house, where Sergei, it turns out, is simply lovesick for Marina, a prostitute he visits regularly. While Petrovitch grooms Sergei for leadership at his struggling company, Mikhail coaches him on his relationship with Marina and her young son, Misha, but Mikhail slowly falls for her himself. Lies unfurl: Sergei lies to Marina; Mikhail lies to everyone; and Petrovitch’s patronage of Mikhail is revealed. When Petrovitch takes everyone to Italy, the truth finally makes its (violent) appearance. Gelasimov (Thirst) shifts perspectives among characters, reinforcing the sense of truth as an illusion, and writes clipped dialogue and brisk prose that play up the characters’ delusions of grandeur. A playful premise and clear artifice entertain at first, but wear thin as the stakes rise. As much as Mikhail might think that his life is a Russian gangster film, it’s not; he’s living in a stark modern world, with a lot of what passes for manhood, but the real thing in short supply. (Jan.)
close
Details