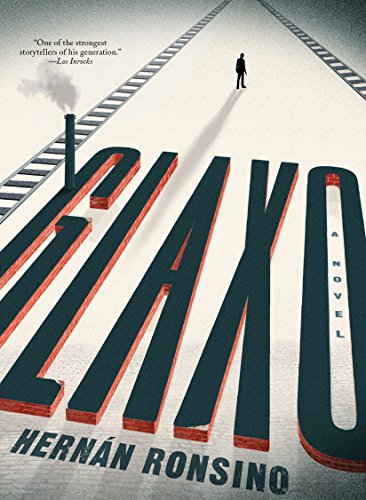 Argentinian novelist Ronsino’s compact, atmospheric English-translation debut follows four characters—Vardemann, Bicho Souza, Miguelito Barrios, and Ramón Folcada—for 40 years at the end of the 20th century. The small Argentinian industrial town of Glaxo, with its eponymous factory and incessant train traffic, creates a gritty, noirish backdrop, accentuated by repeated references to Kirk Douglas and Anthony Quinn in the film Last Train from Gun Hill. When Folcada suspects his stunning, inscrutable wife, La Negra Miranda, of infidelity, he sets a trap, in the process revealing details about his own past that shape the story and force the reader back to the book’s beginning for the subtle, closely observed details that breathe life into four narratives shifting in time. The author knows his Faulkner, and the story’s central figure, Vardemann (the same name given a credulous child in Faulkner’s modernist masterpiece As I Lay Dying), a barber who relates his story in brief, repetitive snapshot vignettes, is a sly homage to the modern novel. Ronsino’s story leads, finally, to a surprising conclusion during Folcada’s stream-of-consciousness admissions. Though easily read in one sitting, the novel packs a mean, memorable punch. (Jan.)
close
Details