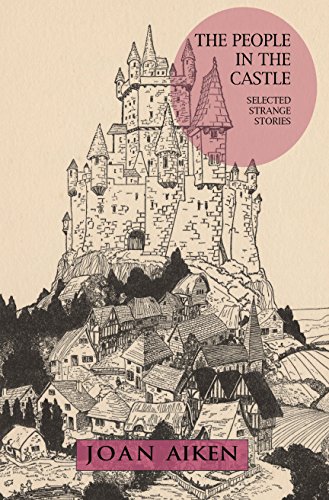 The People in the Castle: Selected Strange Stories

There’s so much to love about this slender collection of stories by prolific fantasist Aiken (1924–2004), dating from 1955 to 1990 and inexplicably but charmingly arranged in alphabetical order by title. The juxtaposition of mundane and magical—an amateur poet who keeps imposing on his friends even from the afterlife, a puppy’s ghost trapped in an old storage box—feels effortless and fresh. The language is simply splendid, so evocative, as though the stories were actually very dense poems. (“ ‘Did you see anyone?’ ‘No,’ he said. ‘The room was too full of music.’ ”) And it brilliantly showcases Aiken’s affectionate, humorous, deft portrayals of female characters.

These include a slightly silly but firmly self-defined middle-aged woman, a misanthrope who takes in orphans and her shivering but unbowed fosterling, a sweet elderly lady slipping into dementia and her sniping daughter-in-law, a steely spinster who confronts the devil, half-wild young women in small villages, fairy queens who hide in forests and castles, and many more. With the necessary caveat that Aiken wrote what she knew—white, straight, cisgender women, poor and working-class women—her catalogue of British femaleness is impressively thorough.

This is not to say that she neglects to write about men. Indeed, many are shoehorned into stories that don’t especially need them. (Her ghosts and fairies are considerably easier to believe in than her romances.) But they’re all more or less the same: sweet, befuddled, somewhat put-upon, and self-involved. The women are written to be identified with; the men are written to be entertained by.

These quick, darting stories are rarely grim. Bad things do happen, but they’re never the focus. The sole exception is the very unsettling “Listening,” in which good people and innocent animals suffer for no reason at all. Aiken refuses to put any kind of neat moral or story arc on these unpleasant events, insisting on troubling the reader. But the other tales are soothing, suffused with un-saccharine sweetness and kind to their characters even while gently poking fun.

Aiken’s prose is extraordinary, impossible to do justice to in this small space. Her skill with the language of folk tales—specifically the oral storytelling native to the British Isles—is unparalleled. The first sentence of the collection is “Night, now.” Just those two syllables are enough to draw the reader into Aiken’s hypnotizing verbal rhythms. “A Portable Elephant” bestows a fairy tale ending on characters entranced by the whispering of a forest where all the trees’ leaves are words:

Probably they are listening still.

Between the immediacy of “Night, now” and the eternity of “listening still” lies the entirety of story, and all of it is a playground for Aiken. Perhaps that’s what makes these stories both feel very 20th century and somehow timeless. It’s certainly why, after all these years, Aiken’s readers are listening still.

Rose Fox is a senior reviews editor for Publishers Weekly.