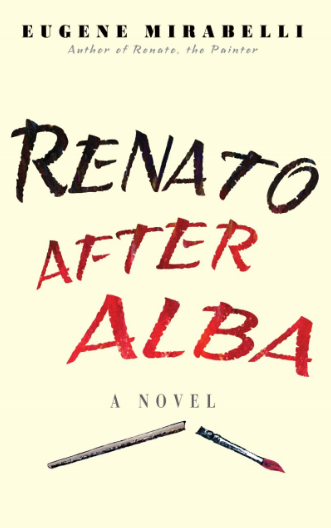 Mirabelli’s ninth novel is the affecting, bittersweet rant of an aging painter who tries, and fails, to come to terms with the death of his wife. Renato Stillimare, a foundling left on the doorstep of a philosophical band of Sicilian-Americans (and the subject of an earlier book of Mirabelli’s), has grown up and old listening to his family discourse on the meaning of life, of atoms and shadows, and God and His intentions, so he is hard-wired in his dotage to wax philosophical on the whereabouts of his beloved, the deceased Alba. Having once admitted he painted to “give people solace for being human,” he now finds it impossible to overcome his grief to make art again. He tries to carry on, his children and grandchildren helping as much as they can, but he wakes up each day more often than not all but inconsolable. Renato conjures memories of discussions his uncles and father had over hearty meals concerning the nature of things, desperate to come up with a formula for understanding why we were put on this Earth, by whom, and where we disappear to when it’s over. He visits coffee shops in Boston, rekindles a few friendships that tickle his aging libido, but nothing feels quite right anymore. In the end, he can be sure of one thing only: that he was named well, stillimare in Italian meaning a drop in the ocean. The amusing, navel-gazing prose goes a bit too deep, but the reader feels such affection for Renato—indeed, an appreciation for his mindfulness—that when he finally declares, “It’s important to have wine.... So you’ll know it’s not breakfast,” you can forgive him anything.[em] (Nov.) [/em]
close
Details