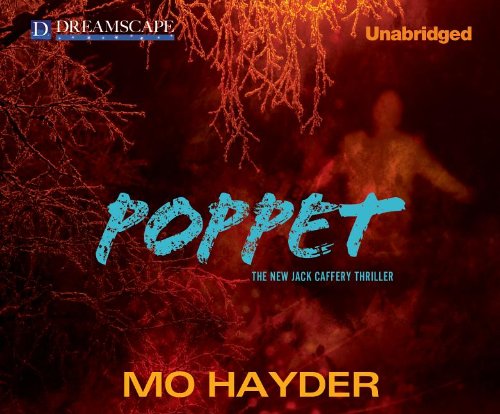 Hayder’s new thriller, book six in her series featuring Det. Insp. Jack Caffery, finds the London homicide cop haunted by the events of a previous case. Perhaps because of this, the novel focuses on a second protagonist, AJ LeGrande the newly minted head nursing coordinator at a high-security psychiatric hospital in Bristol, who is beginning to suspect that the facility’s patients have been tormented and brutalized by a former patient. Both Caffery and LeGrande are rich, conflicted characters, and as the plot shifts from one to the other, the narration provided by Steven Crossley, though remaining coolly objective, changes in suitably subtle ways. His description of AJ’s workspace has a moody, ominous quality, darkened by the presence of a rumored ghost, and patients such as a chillingly addled inmate called Monster Mother. Le Grande’s home life is described with a brighter tone; he lives in a cottage with a beloved dog and a half-Jamaican aunt who cares for him. On the other hand, Crossley uses consistent, darkly terse narration for Caffery’s sections of the book, lightened only slightly by the interplay with his assistant, Flea Marley. Eventually, LeGrande convinces Caffery to become fully engaged in the grim criminal doings at the hospital. And at that point, the narration quickens and becomes increasingly purposeful as the book races to its satisfying conclusion. An Atlantic Monthly hardcover. (Apr.)
close
Details