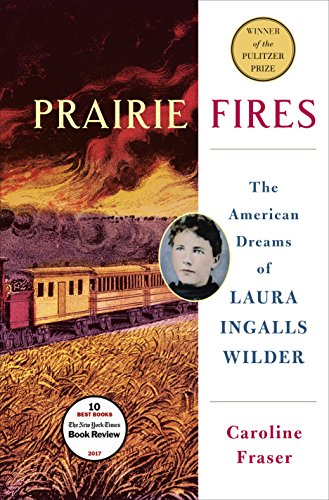 The autobiographical Little House on the Prairie novels by Laura Ingalls Wilder (1867–1957) occupy a curious space between national mythology, self-reinvention, and truth, as this overlong but engrossing biography from Fraser (Rewilding the World) makes clear. Lovers of the series will delight in learning about real-life counterparts to classic fictional episodes, but, as Fraser emphasizes, the true story was often much harsher. Meticulously tracing the Ingalls and Wilder families’ experiences through public records and private documents, Fraser discovers failed farm ventures and constant money problems, as well as natural disasters even more terrifying and devastating in real life than in Wilder’s writing. She also helpfully puts Wilder’s narrow world into larger historical context, showing that the books’ self-sufficient farmers were more dependent on federal assistance than Wilder depicted in her novels. Wilder’s daughter, Rose Wilder Lane, emerges as an integral character in her mother’s later life. Lane, a professional author in her own right, vigorously edited her mother’s manuscripts, though Fraser debunks the myth that Lane ghostwrote the books. But their relationship was a fraught one, and Fraser paints an unflattering portrait of Lane’s dishonesty and descent into right-wing paranoia. She concludes by examining Wilder’s pop cultural legacy. Fraser’s exploration of Wilder’s life opens her subject to new scrutiny, which, for Wilder’s many fans, may be both exhilarating and disconcerting. (Nov.)
close
Details